The source code given above is an example usage of char**. Keep reading to learn more & see detailed examples. 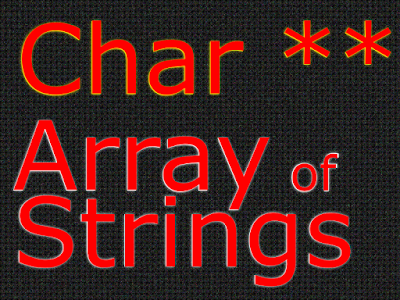 Note: Do check my C# online programming courses with discount below 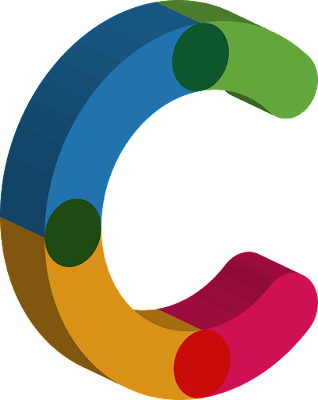 An alternate technique of defining character arrays with the help of char pointers can be used as well(char* stands for character pointer), which is demonstrated below:


This multidimensional array of strings contains 3 strings, each of length up to 50 characters.
To iterate the array we just created, do the following...

For two dimensional array defined with this technique, the programmers don't need to free the memory explicitly.

Suppose we need to create a multi-dimensional array on run time, using pointer types... We will need a char double pointer or char**, two stars stand for double pointer, and it will make your C++ programming language code look something like the example given below:


When you will run your C++ program, the console will show output as following:

At this point, the array will look something like the graphic shown below.

There are two things to notice in this image

It is a programmer's responsibility to free the memory acquired using this technique, missing such things create memory leaks which cause performance decrease, security related problems, and an all out crash some times. Debugging subtle semantic error like these are often a programmer's worst nightmare.

Modern virtual machine based programming languages such as Java and C# solve memory allocation and cleanup problems on behalf of the programmers. There is a performance penalty associated when the JVM or CLR is managing the memory on your behalf. But, such programs are way more safe as compared to bare bones C/C++ programs where you have to do the memory allocation & cleanup yourself. But there still are problems which must be solved using unmanaged C/C++ code, one such example is software used in fighter jets. Lockheed Martin recently won a F-35 software upgrade bid worth $1.8 Billion. I believe this software upgrade must be done in assembly, C, C++, or another such language.

Freeing memory of char * and char**
Deleting the main array will suffice to free the memory consumed by double pointers. In our case, we'll do following:


The C programming language uses malloc and memfree for allocating and freeing up memory. There was another method, memset, it was used to cleanup memory allocated to a program. But that's beyond the scope of this article.

I think this much is enough on this topic, for more please feel free to comment this post.


More than 65% discount on my online courses can be availed now by clicking the links below: