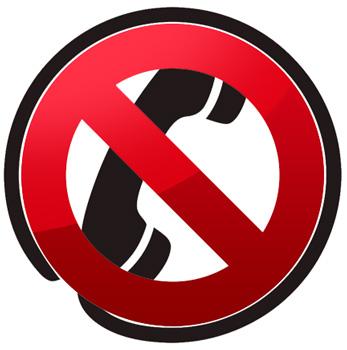 There are a lot of call blocker types scenarios in which we need to shield our user from a bad guy's or sour ex-girl friend's telephone calls.
The good news is, that you don't need MODIFY_PHONE_STATE permission to block drop disconnect an incoming call on Google Android. The technique described here is available to drop block disconnect incoming calls without using the secretive infamous permission.

Time to disclose the secret sauce, a hint first:
Ever tried to dial a call using ADB(Android Debugger Bridge) shell?

If you've done that, it is going to be very simple to disconnect or drop a call using a similar technique.
Time to spill the secret sauce, on the internet.

Drop call on Android 4 Jelly Bean KitKat and above


The exact Java code to drop disconnect or reject an incoming call or an outgoing call on an Android 4 and above system is given below:


UPDATE:
A reader has complained that the technique described here works through ADB Shell on their Nexus S Android smartphone but it does nothing when tried through code.
The app in which I'm using this code is basically taking input over UDP/Bluetooth Sockets and performing disconnect call action in an IntentService. Please note that IntentService is running separately in its own thread.
From Android version 4 Jelly Bean which is API level 14 Android blocks user apps to perform lengthy operations on the UI thread. In that case, you can use a SingleThreadExecutor and spin-off a new thread to initiate run time in order to perform call disconnect/drop/block operation. The sample code is given below.

Wait a minute, what about the permissions required to do this?
Well following Android permissions are needed to mess with calls:

The commands are slightly different on older versions of Android.

In order to disconnect the reject drop call, I had to use 8 in place of 4 on an Android 2.2 smartphone and the command became

Ain't that very simple? I hope the blog post is going to help a lot of troubled Android coders.

The magic numbers 4 and 8 can be changed in any version of Android without notice, you'll only wake up when your clients will come crying to you and tell you that "Mommy the app is broken".

Please feel free to check my profile on Elance and ODesk, Elance widget is given on the top right of the page.

I'm working as a freelance programmer through ODesk.com, you may hire me thorough following link:

List of supported Android devices based on User feedback


The list of supported devices is created based on user comments, some told us the "magic number" others didn't but at least we know it works on these devices and a little experimentation will be needed to figure out what the exact call disconnection number is.

Answering a call
I recently came across a stack overflow thread where someone has referred (many thanks) to this blog post for answering a call. The exact same technique used to disconnect a call as explained herein can be reused for answer an incoming call as well. And yes, nothing makes you happier than someone referring to your blog post positively on a troubled SO thread. Here's the screenshot for reference(and self indulgence) 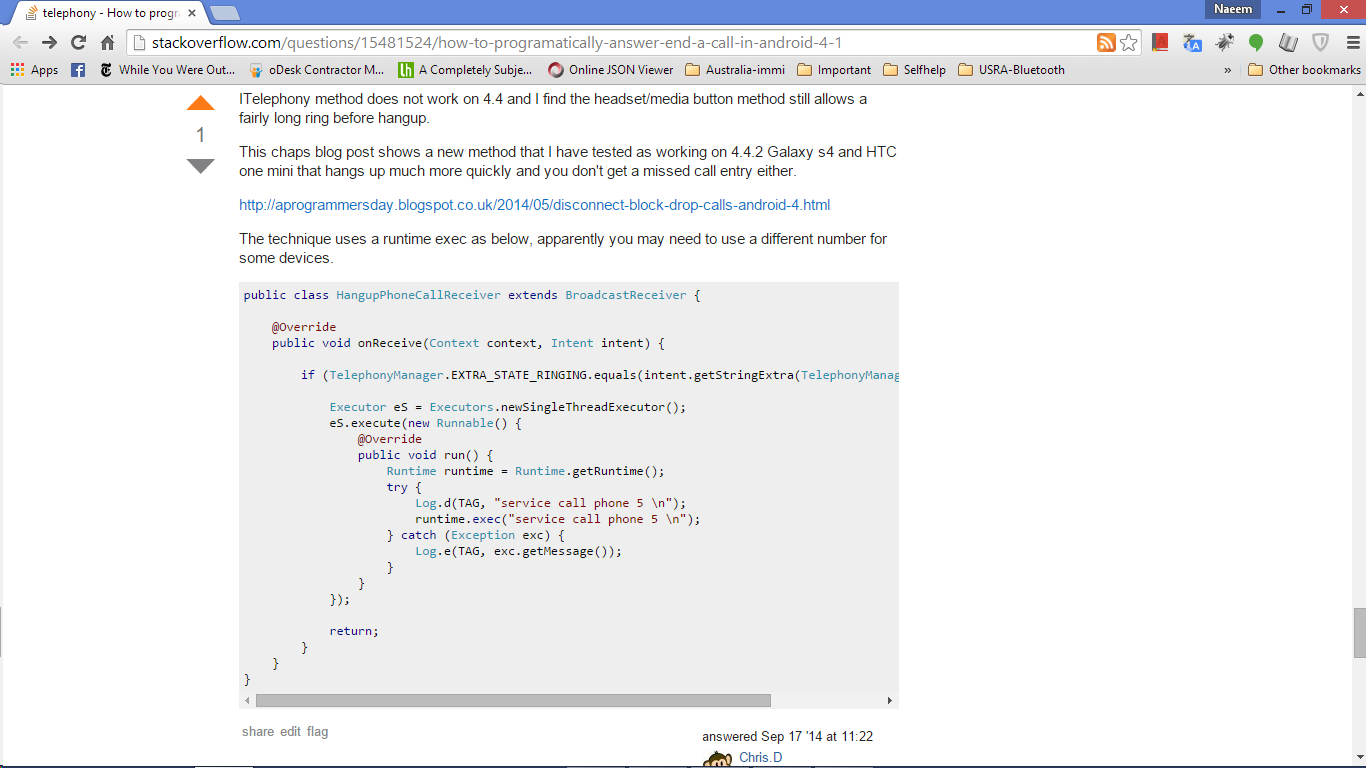