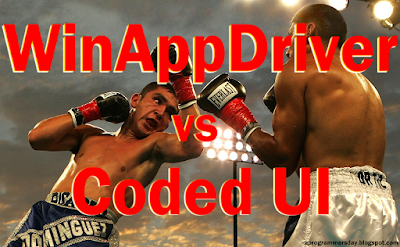 This course is a beginners tutorial about software test automation. It is also a WinAppDriver tutorial and a learning resource. Coded UI is deprecated and WinAppDriver is the way to go forward.
If you think that WinAppDriver is good for Windows 10 only and you don't want to move on from Windows 7, you're wrong. The support for Microsoft Windows 7 is also coming to an end in 2020.

The list of important differences between Coded UI and WinAppDriver(Windows Application Driver) are given above FYI.

Additionally, one Coded UI test could run on one machine only. But a single WinAppDriver script can be used to automate more than one machines. This is very helpful for testing of client server applications.