The Robot Framework is built using Python programming language. To use Robot Framework, you don’t need to know Python. But, you still need to have it installed on the machine where you want to develop Robot framework automation scripts or run them.

Let’s download and install the latest version of Python by visiting python.org. 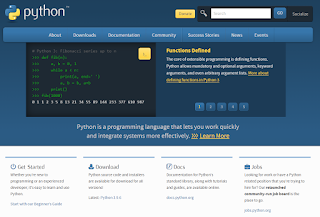 Hover the mouse over the "Downloads" menu item and select the latest version for Windows. 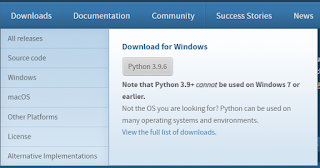 Many versions for a variety of platforms are available here(on Python's website).

You can download using any browser be it Edge or Chrome.

I planned to teach how to perform automation using Google Chrome in the course for which I wrote this material and thought to install Chrome plus the Chrome Driver later on.

Do remember to click the checkbox “Add Python x.y to PATH” 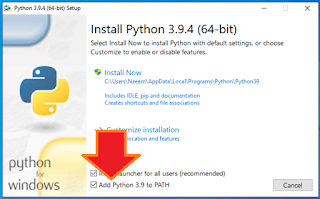 It is important to note down the path where you’ve installed Python.

I am not changing anything but I just wanted you to see what are the options available.

Now let’s check through Windows Powershell if we can run python from there or not. 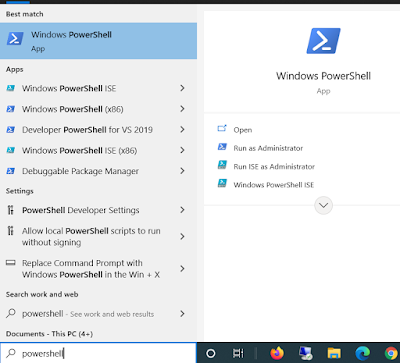 You can see that the currently installed version.

Updating Pip is a small but important detail. It is an integral part of the Python echo system but the latest version doesn’t come bundled with the setup for some reason.

Pip is the default package manager software that comes bundled with the Python programming language.

We are going to use Pip to install the robot framework library in our Python setup.

It is a command-line based tool

We are going to use a command to find the current version of pip installed on our PC and whether it’s the latest and greatest or not.

I will type the command and hit enter 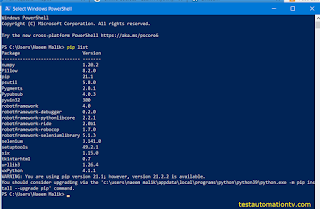 The command which is used to upgrade pip is also shown below. I’m going to type it and hit enter.

The example shows the full path of python installation but I’m using just the word Python, because we’ve added this path to our system’s path variable. 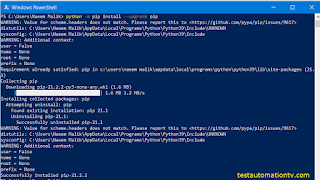 An upgrade(of Python pip) will be downloaded and installed for you, it is a small package.

If it gets stuck here, hit enter a few times and you’ll be done.

After installing Python and upgrading the Pip package manager, we are going to install the Robot Framework using PowerShell.

The command is very simple, let’s type it in and press enter

Once the command has been successfully executed, the Python installed on your PC will have all the components of Robot Framework available locally.

For performing browser automation with Selenium, we must install the robotframework-Selenium library

Once the installation is finished, we’re good to run Robot Framework scripts on this machine.

In the next blog(and upcoming video) I'll show you how to install tools in Visual Studio Code to create Robot Framework scripts.

All articles in the Robot Framework test automation series